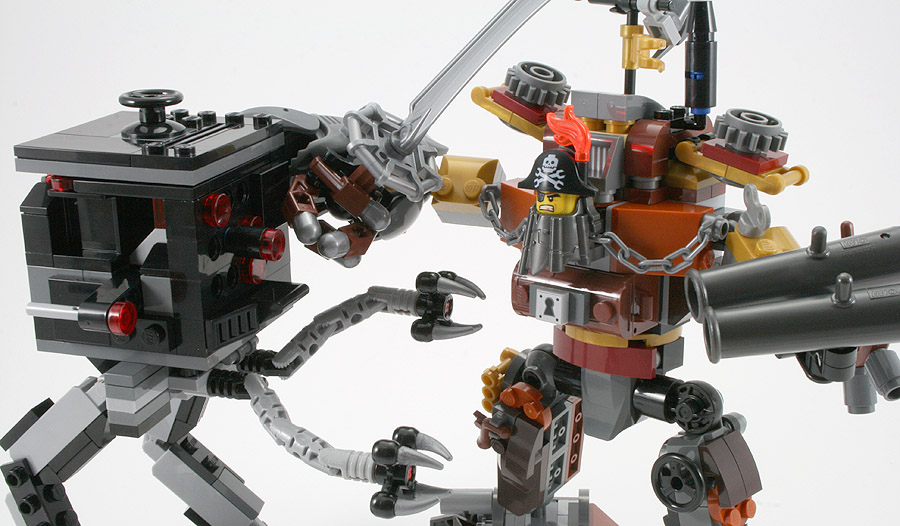 This medium sized set features the MetalBeard Robo-Pirate dueling with the Micro Manager evil robot. Both of these figures have some great features and provide excellent playability as you will see below.

You can see my Bricksafe page for the full set of photos used in this review.

This set is now available for sale via Amazon, eBay, LEGO Shop, or check the country specific links on the set's details page. Note that Rebrickable earns a small commission on any purchases made via these links, and we appreciate it when you do :)

For once there are no stickers! The bags are numbered 1 to 3, with #1 creating the evil robot and three minifigs; #2 creates MetalBeard's torso and legs; and #3 adds his arms. I didn't really see the point of separating the arms though, there was plenty of room inside bag #2 for the rest of the parts. There are 397 parts in this set, a lot of which are small in size providing some rich levels of detail on the two fighters. There is one new part - the unusual plate used to mount MetalBeard's head. It is a 2x2 plate with an extra bit attached to the side. It has some patterend markings on the front of it, to match the robotic theme. I'm not sure how reusable this part is going to be! There are also a lot of parts appearing for the first time in new colors:

There are three minifigs in this set, but I honestly don't see the point. The two awesome robo-dudes grab all the attention and there's little for the tiny minifigs to do.

In any case, we have Frank the Foreman, one of the many Robo SWAT figures to come, and Skeletron who comes with some new Light Bluish Gray parts.

Every single LEGO Movie has minifigures (with all but one having at least three), so I guess the designers had some obligation to include these? Or maybe my general dislike of minifigures is still showing ;)

Of the three LEGO Movie sets reviewed so far, this was definitely the most fun to build. I'll split this into two sections.

The build starts with the evil robot body, then adds the legs and tentacles. The robot makes some nice use of SNOT techniques to get plenty of details on the sides of the cube. I particularly like the deployable side-guns... even though they are of the flick powered variety.

It actually has what seems to be a cockpit inside. None of the imagery shows it being used, but any of the minifigs fit in there quite nicely. Although, I'm pretty sure these robots are supposed to be fully autonomous so they don't need drivers. The wheel on top lets you open the lid to access the cockpit.

The legs are built with plenty of hinge plates and bricks, giving them quite a lot of freedom of movement. The "snap-in-place" features of the hinges makes it quite easy to position the legs in any stable configuration.

The arms are made from cylinder hinges which give them a tentacle look. The four spiky grippers on the end of each arm give them a great sinister feel, especially with the use of the red and black colour scheme.

The story on the LEGO.com site is that MetalBeard has lost his body parts while fighting Lord Business, and so built his cyborg body with scraps from his pirate ship. Sure, I can believe that.

The build starts with his body, which has quite an assortment of gadgetry connected to it such as: a treasure chest containing the remnants of his original body (ewww); his disembodied head; and some cool silver chains. The body connects to his hips, giving him the ability to rotate 360 degrees.

Being a pirate, he couldn't just create himself a normal body. No - his left leg is a peg leg, complete with anchor, steering wheel and barrel attachments. The right leg is much beefier, with a massive foot to help keep him stabilised. The hips are made out of the rotation joints (48172, 47455, 48171) which provide two axes of movement.

His arms are even cooler :) Both arms are connected by the big 10mm ball and socket joints which make them very strong and very flexible. His left arm is basically two giant canons and a ship's steering wheel. The canons actually fire 1x1 round bricks via the pull-back spring loaded action, and spare bricks are stored on the wheel. His right arm contains 4 awesome looking fingers/thumb... and a shark. Because, well shark's are cool :)

It just so happens, MetalBeard is now about the same size as the Hero Factory models... so he gets to use one of their awesome swords too. It is attached to his back but also fits in his hand (a bit loosely though).

I did have some grievances with him though. I take a lot of photos during these reviews, and so try out lots of different poses. A lot of the time, MetalBeard would just keep falling over and it was a bit frustrating getting him stable. Also, each time I moved him his head would tend to fall off. Everything else is quite strongly attached via clips/hinges/etc, but the head is only attached via a single weak stud.

This is definitely a set you will want to show off. MetalBeard is a very cool figure. The cube robot by itself would be great, but is completely overshadowed by MetalBeard. I'm pretty sure the three minifigures are still around here somewhere...

With these sets, the LEGO designers have had free reign to create something a bit outlandish - eg not having to build a perfect replica of some real vehicle. As a result, this is one of the best looking models I've seen in a while, and I think it's sure to be a favourite.

Plus, they are both very playable and for the most part will not fall apart on you. Once you finally realise that MetalBeard's legs can be stretched apart to give him better balance, some more interesting poses present themselves...

Check out the rest of the photos at my Bricksafe page. Thanks to adhdferret for finding the teaser trailer video featuring MetalBeard below. The following video can be found on the LEGO product page for this set: 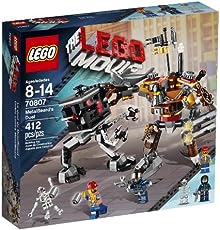 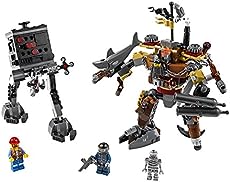 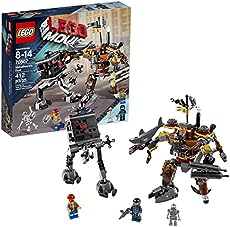 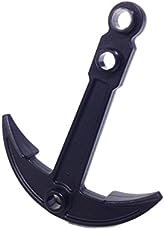